ChilliSource® is a developer framework created by BlueChilli consisting of UI controls, wrappers for common integration points, tools, and extensions, to facilitate the rapid development of web, cloud, and mobile applications.

Traditional software engineering required custom platform development resulting in significant investment to deploy products, typically with a single sector focus.  Development methodologies evolved to reuse software "modules", however this approach still required significant investment in custom code and an upskilling was required to make the best use of these modules.  The latest generation of software development is completely modular, where a problem is solved through the use of many small "micro modules".  This is how ChilliSource has been developed. 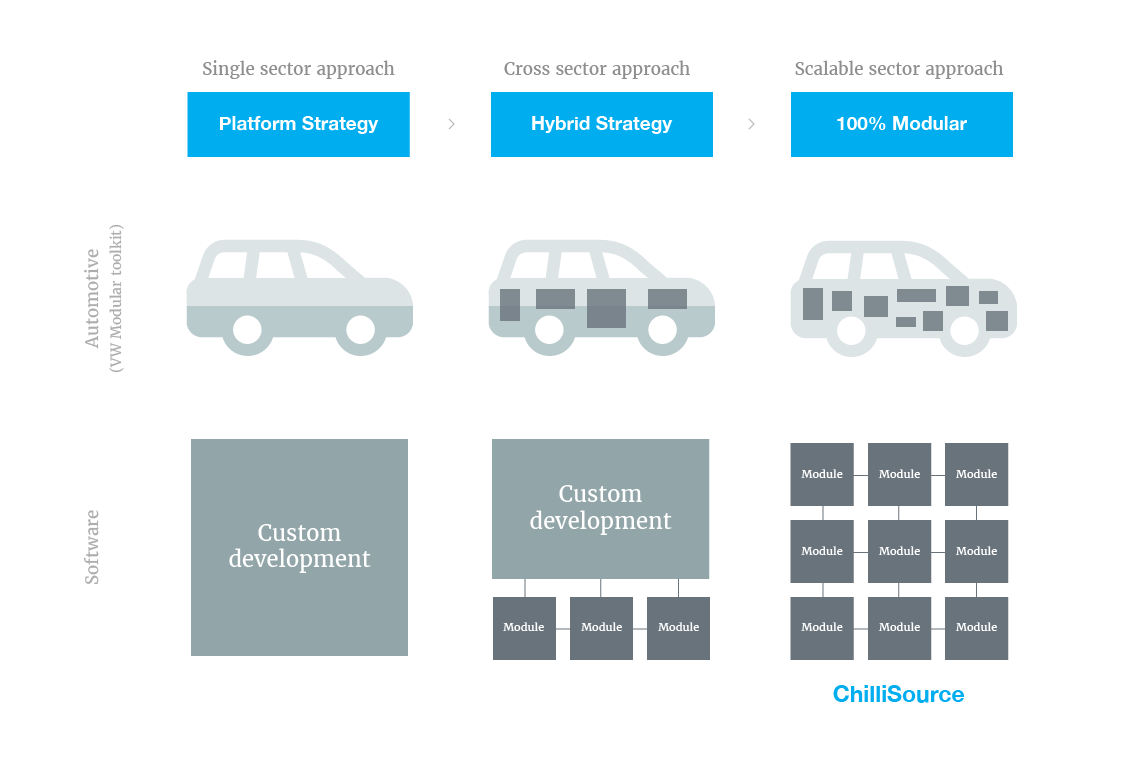 ChilliSource is an enterprise ready back end architecture and continuous deployment environment used to rapidly develop scalable back end cloud based architectures and provides a consistent framework for engineers to develop on and businesses to be integrated together.  With a standard set of frameworks, onshore and offshore development teams are easier to integrate within rapidly expanding business environment.

BlueChilli provides a recruitment, training, integration and certification program to attract and integrate engineers into development teams.  The average on-boarding time for a new engineer into a ChilliSource company is under 2 hours.

ChilliSource is a ready-made scaffold specifically designed to enable us to rapidly build and de-risk enterprise-scale startups.

An evolving set of software modules

We’ve built more than 100 startups and developed over 200 projects. We’ve taken the most used components of those startups and baked them in to ChilliSource. So each component is now a building-block that can be used by future startups. There are hundreds of components for our developers to choose from.

A way of de-risking your product

42% of startups fail due to having the wrong tech. We built ChilliSource to de-risk the development for our startups, to reduce the risk of testing new ideas and reduce the time to onboard new staff.

It’s your product at all times. When you’re ready, we actively help you on-board your own tech team, and they can continue to work on your startup independently of BlueChilli. ChilliSource is open sourced under the MIT license.

ChilliSource allows for seemless integration of independently developed back and front end environments, coupled through a common API layer.

When a project is being built, we simultaneously define the front end using a common design language, the back end architecture with data models and the interface between by defining the API.

For web and mobile applications, designs from the UX team are standardised using Sketch templates binded to the ChilliSource.WEB components in SASS and React in the ChilliSource design language.  By standardising the common user interface components, we reduce the coding effort required to build the user layer.

Our back-end engineers describe the data model within .NET EF Code First.  This process abstracts the framework away from the data layer and provides source control on the database structure, allowing greater transportability and scalability as data needs grow and mature as a business develops.

At the same time, the interface between all the components, the API is defined using Swagger.

When a project is commenced with these three definitions (ChilliSource design language, EF Code First data model and Swagger API), the common functions and interactions are automatically unpacked.

With ChilliSource, engineers can spend most of their time working on the user experience and business logic, and less on getting systems to talk together. 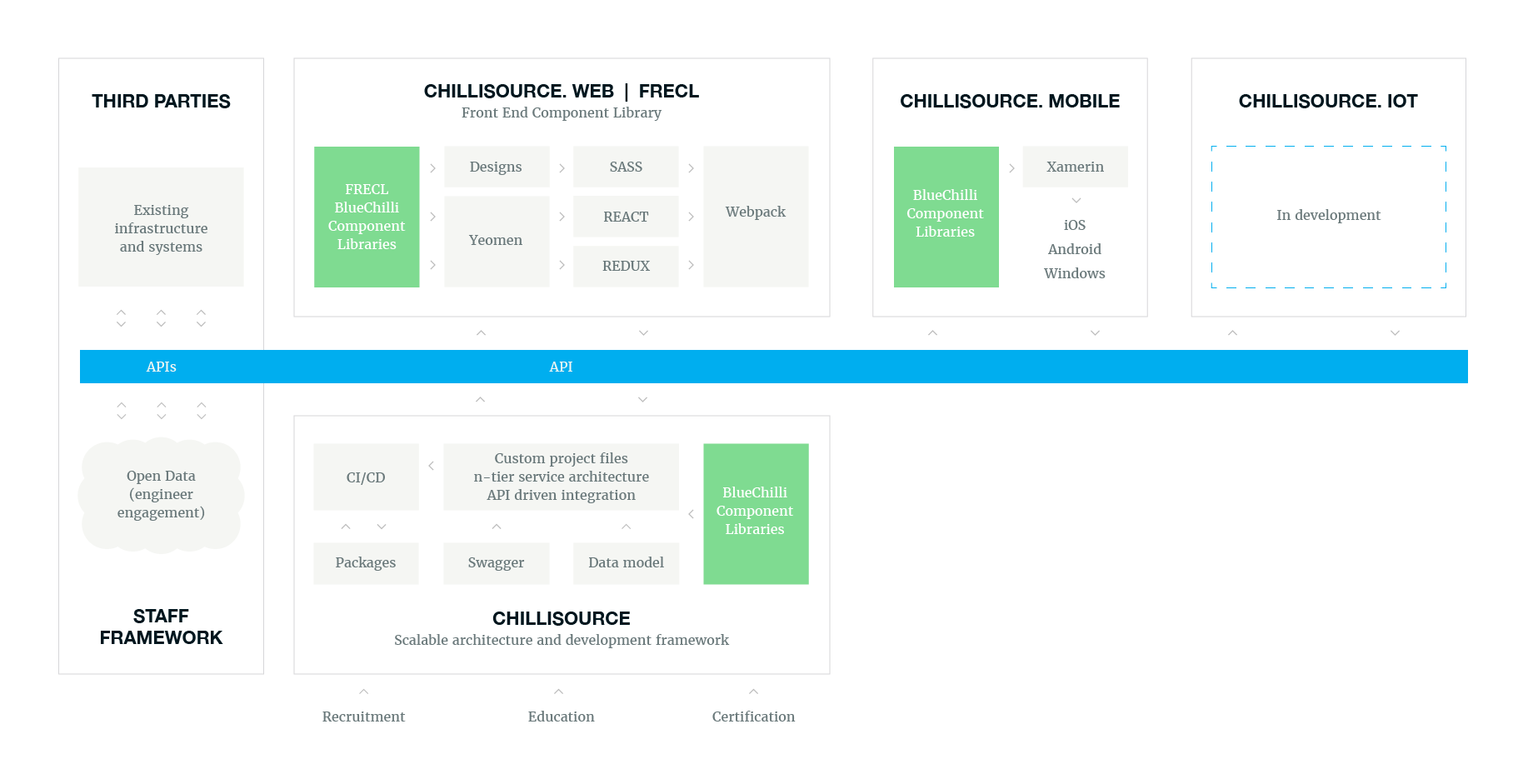